Objective Tinnitus is a collection of live recordings of Exomène's performances. Exomène is more a soundsmith that a musician, which means he works sound as a raw material carving it to create a soundscape.
With a mere drum machine and effects, Exomène generates hypnotic and psychedelic journeys in an experimental industrial style. Each Objective Tinnitus part is one of these journeys.

On stage, Exomène's sounds are often enhanced by the live visuals, acting and dancing of his fellow members of L:ED.

Conventional thinking tends to teach that things of beauty are those which are found in the light. The subtle glimmer of a drop of dew on a flower’s petal, the simple blush of a child’s cheek, and the sweeping glory of a late afternoon sunset are all praised as beautiful. But what of those things that hide and linger in the shadows, in the dark? What about those moments that lurk in the in between spaces? Is there not beauty there too?

Paris-based artist and musician Exomène certainly believes so and has developed what he refers to as an “aesthetic of desolation.” Seeking to connect people with their innermost emotions and feelings, the artist mines the darker realms of art, oftentimes exploring harsh and violent themes, to uncover the overlooked moments of beauty within.

Exploring this throughout multiple creative mediums, Exomène builds first on a template of music, something which he’s been training to do since he was a child. That musical education took and the artist drew from the inspirations there and all around him, finding insights in the works of Chopin, Liszt, and Stravinsky as well as Nine Inch Nails, Ministry, and Clint Mansell among myriad others. Even the droning lull of an air conditioner has served to inspire the artist’s sonic alchemy, giving birth to his first track under this moniker, “Welcome Home.”

“I make music to allow the audience to disconnect from their conscious thoughts and focus on their feeling and sentiments,” he shares. “(To that end) I don’t compose in a traditional way. I’m a soundsmith. Sound is a raw material I twist and hammer until it reaches a proper form. If it’s melodic, it’s due to the intrinsic resonance of the material.”

Exomène also crafts his work with other materials, funneling his energies into varying digital art and installations.

“I put the same concepts and energy in making digital art as in making music. This latter part of my creative activity goes beyond sound but my approach is quite the same: playing with an abstract material as if it was physical in a more experimental way.”

And the fans have responded to the artist’s work. With his musical explorations rounding the corner from genres of Cinematic Dark Ambient to Industrial Doom, Exomène’s work has been likened to bands like Us As Effigies and featured in such places as the Linux Audio Conference, Music Tech Fest, and Vision’R with fans describing the sound as “cerebral,” “dark-ambient,” and “penetrating.”

“This multi-core processor uses many resources to embark his audience on a unique sound experience,” offers one fan. “As his notes scroll on a partition, an immersive atmosphere prints in us. Through listening, imaging settles echoing the sound he forged and we dive deep into the heart of his universe.”

Now, Exomène invites you into a world where beauty is birthed from the darkness, where images of violence and shadow give way to emotive touches of beauty and poignancy. So set aside your preconceived notions and prepare to experience the world as you’ve never experienced it before through a journey of image and sound. 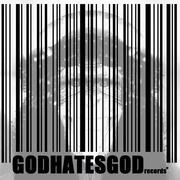 Uploaded by GodHatesGodRecords on October 16, 2016